Starts and finishes.  Endings and Beginnings.

Where the does the rainbow end?

I have actually followed a rainbow.  The truth be known, I have followed more than one.  And it matters not the location, rural or urban, the rainbow’s end is always in front of me, until that time that it is not there at all.

This beauty appeared just to the west of my home, Casa Canine.  A rare sight from my front porch.  And a spectacular looker.  Blue above the bow, red below.  A diffraction of light and production of color like none I had ever seen before.   And from my porch I should have seen its end.  Somewhere next to the convenience store.  But alas, foiled again in my search for its end.

There are endings unseen, and there are also beginnings undiscovered. 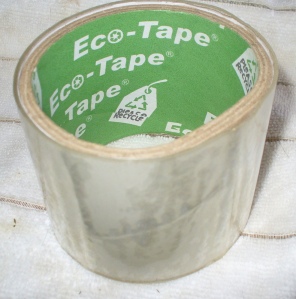 This is a 3″ roll of clear plastic packing tape.  They appear all over Casa Canine as they are a tool of my shipping trade.  You may have a lesser cousin in your house, the 2″ box tape roll or household scotch. There is a problem with this product when it is separated from the tape dispenser.  If allowed to merge with the “mother roll” the tape end will disappear.  Many of you may experience this during the process of wrapping Christmas, Hanukkah, Birthday or Anniversary gifts.  Seriously.  How the hell does the tape do this.

Where does the tape begin?  I am not done with you.  I run my finger around the roll, and sometimes I find the beginning, and continue the taping task.  But sometimes the end literally disappears.  And I talk to the tape.  “I know you are on this roll.  I know.  This is not a faith venture.  You exist.”

Again and again, I run my finger around the roll.  I use the fingernail search method.  I check in one direction, and than the other.  Where is the beginning.   I usually allow myself 2-3 minutes of frustration before I make the the obvious choice.

Time to grab a new roll.  As a matter of fact the manufacturers know that they have made a product which will often end with similar action.  The tape companies put a starting tab on their rolls.  If they knew it was easy to find the beginning of the tape, the starter strip would not be required.  And it is required.  Beginnings are not always easy.

Oh yeah, on a common theme, the Manufacturer of rainbows knows you can’t find the ending either.